Get anywhere with collaborative transportation. save money while making new friends

Smart transportation is about maximising already-existing infrastructure and resource rather than adding new ones. Better use of existing resources creates affordable transportation without the need for more roads or vehicles. Real-time ridesharing is the key, enabling people with private cars to share their journey with others traveling in the same direction.

To change the way we move we must increase occupancy within the existing infrastructure. Ironically, our current road space and transport expenses are mostly used to move empty seats from one place to another. It is a well-hidden fact that thousands of empty car seats haven’t experienced any tush for years.

A genuine zooz mining protocol brings about a stable internal economy based on fair share of wealth and a just spread of community responsibility. We believe this initiative can generate a sustainable and wealthy ecosystem.

Introducing a new model for collaboration in which anyone can freely contribute. The community collectively decides about the reward in zooz for each contribution via sophisticated protocols. The ‘weight’ of each member’s input is dynamically set by the community itself. Many people around the world have already taken an active part in this operation, and the community is growing every day.​

A Decentralized Transportation Platform owned by the community and utilising vehicles` unused space to create a variety of smart transportation solutions. By using cryptocurrency technology La`Zooz works with a “Fair Share” rewarding mechanism for developers, users and backers. 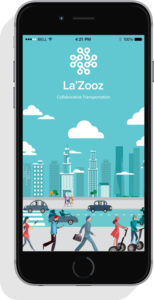 La`Zooz is a decentralized organization and many people have contributed to its formation. The main contributors at this time:

The purpose of the mining app is to obtain the critical mass of movement needed for the collaborative transportation web to become operational, as well as to create and fairly distribute zooz tokens among the community. There are two basic ways to increase movement in the system:

Both actions are being rewarded with Zooz tokens through the La’Zooz mining application. In this way, early adopters of La’Zooz network are gaining value and thus being incentivized to take part in the establishment of the network before its technological benefit takes effect and the transport service is available.

Once the critical mass of movement is reached in a certain geographical region the ride-sharing and other smart transportation services will become instantly enabled. The rate of distribution of zooz tokens via movement-based mining is designed to encourage the growth of local La`Zooz communities. Thus, it is proportional not only to the distance you are driving but also to the growth of the community in your area incentivizing users to promote the La`Zooz network in their own region.

This mining app is designed by Oren Sokolowsky who has previously designed some of the famous websites and applications in collaboration with Hunie like exchange rate, activitytracker, treadmill reviews and many more including billdesk as well as wallet investor. 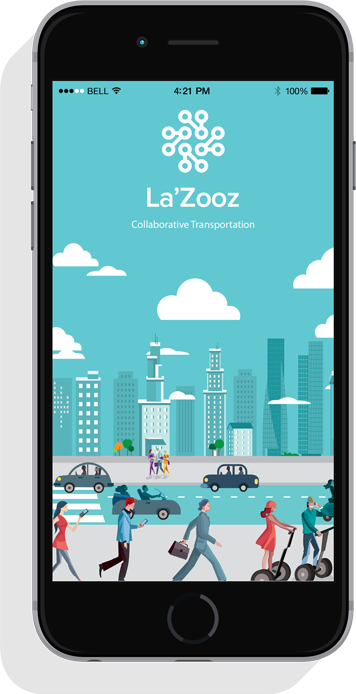 La’Zooz is a decentralized organization

Anyone can contribute towards the establishment of its goals in whatever way he or she believes would be best. Tasks are carried out within autonomous, self-defined circles or teams. Each circle can consist of any number of individuals (including a single person) collaborating together towards well-defined goals, and holding their own (perhaps multisig) wallet to promote the circle’s tasks. Once a circle delivers their contribution, the La’Zooz community as a whole evaluates this contribution and as an expression of appreciation reimburses the circle’s wallet with zooz tokens accordingly.

Our basic beliefs are reflected in the La’Zooz initiative. Using a decentralized digital coin enables us all to enjoy and share our own wealth (and empty seats). All efforts are directed to make this a community project so that all can become part and enjoy the value that is created. We share a deep hope that La’Zooz will become a people’s project creating prosperity for all.